It’s not because Barack Obama shares with me a black and white ancestry – his white American and Kenyan, mine Irish and Nigerian – but rather because we were born in the same year, 1961, that I’m interested in reflecting on his American story from my position in an English one.

Unlike him I was brought up by both my parents until they died in my twenties; no broken home, but rather stable and comfortable. Like him, I was in my twenties before I went to Africa hoping to find out more about my father’s people and move on from my loss with greater knowledge of who he was and where my own future might lie. But it’s as an Irishman that I come to my first realisation about an Obama presidency.

I was seven when Bobby Kennedy was assassinated; his brother, John F. Kennedy, brought the Irish Catholics as a people, my mother’s people, from second-class to full citizenship in the United States through military service in the Second World War and attainment of the office of the Presidency. The film actor, Audie Murphy, as my mother never tired of pointing out, was one of the most decorated soldiers in that war. As she sat crying in her bedroom at the news of that second Kennedy assassination, I now realise the cost to her of a martyred leader was a calculation of suffering still to be gone through, the reversibility of gains, the fragility of hope and, dare I say it, the necessity of sacrifice.

Earlier that year, 1968, my African American primary school teacher in London had written the name Martin Luther King out on the blackboard and told us to remember it as the name of a man who had been killed in America for freedom.

African-Americans have known freedom was coming and, according to the writer WEB DuBois at the start of the 20th century, even made it their religion, but as of this election of a black President, that day has come: they as a people are now, finally, free. What has changed is subtle, worth registering and momentous. It has changed the meaning of African-American to include the son of a Kenyan goat-herd with no experience in his ancestry of slavery. All African-descended people in America share in this emancipation: African-American identity is no longer defined by slavery. And it has allowed Barack Obama in his acceptance speech to refer ‘we as a people’ – an explicit paraphrase of Martin Luther King’s clarion call in the Civil Rights movement – to all Americans: black, white, Hispanic, Asian, native.

Black leadership of the United States of America has the moral force and aspirational quality of African-American religious rhetoric, but in aiming as it always has to transcend the barriers of race it can now further its aim by re-founding as well as restating the basis of American values. The values of democracy, opportunity, determination and so on, will not obscure the additional quality demanded of American society at a time of global economic, environmental and political crisis: sacrifice, and even, self-sacrifice.

Barack Obama’s rhetoric, his skills as an orator, will have struck anyone during the course of this election contest; the ‘silver-tongued, one-term Senator’ is now America’s President-elect and his word, his writ will run. Unlike Obama, it occurs to me that I don’t have a black voice; he does, out-pacing Hillary Clinton in the search for the African-American vote. My public voice as a writer and broadcaster in Britain has been shaped by a need to defend against the ordinary hostility and harassment I’m used to as an ostensibly black man in a white society. I tend to hide, to shield myself behind my class, education and voice in order to be free of some of the more troubling aspects of my encounters with discrimination. My tactical language skills are not the equal of Obama’s: they are not based on a tradition of black preaching, of self-assertion, openly offered recognition; I am not schooled in a rhetoric openly scornful or critical of injustice. You can hear me now: analytic, intuitive, but not passionate, not steeped in what have been the tragic possibilities of black experience in America. I can’t mobilise and organise with my voice; I can warn. I can’t inspire; I can question. I’m not a politician; I’m a poet and playwright whose job has been to widen the possibilities of my own society. I’m not American; I’m English.

What, then, I wonder, is the equivalent in Britain of Barack Obama’s profound grasp on America’s electoral psyche through his deployment of an American language of hope? Or, to put it another way, what would he say if he were born here? Or again, would he have become Prime Minister? The question was put to British audiences by the Reverend Jesse Jackson in relation to the black populations of Europe: are they as enfranchised as African-Americans turn out to be in the formerly slave-holding States of the US? Change has come to America; will it come to this country?

I sometimes imagine we will have to wait another generation for that change to come; that race has never been an issue here as it has in the United States, and no language has been evolved to tackle its insidious grip on our imagining of the possibility that black people in Britain might aspire to leadership of a predominantly white society. Or, to put that another way, we don’t have a problem here, so can we fix it?

No wonder my own limitations feed so easily into a feeling that being a part of this country kills me. My only hope is that my age-mate, Barack Obama, as well as demonstrating the non-racial basis for a re-invigoration of America’s core values of openness and opportunity to us in Britain, will end up living for his country rather than dying for it. 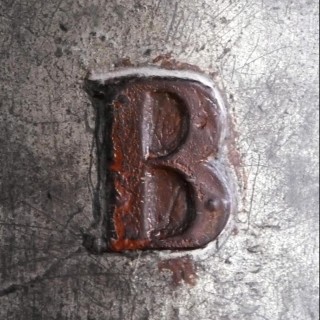